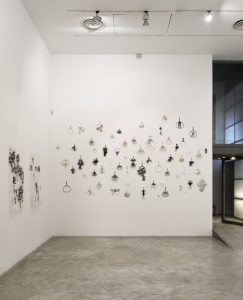 These works,  objects that were collected while they were functional ( as fans ) , were undone and remade,  becoming non-functional.

From being manufactured,  were crafted by undoing,  became handmade and now remain perpetually in process.

With the feeling of not-yet made, the making do and the unmaking, continue working to re-create themselves and evoke new forms of consciousness.

They are precarious, they don’t endure, they fall apart by themselves, I stick them together with glue, tape or little nails.

They are small and light so they can travel with me.

The show opened in October 14th and the installation changed at the end of November ( right after the completion of 11 days silent retreat in my studio in Athens ).

The second part of the installation is still on view and the exhibition is extended till mid January 2022. 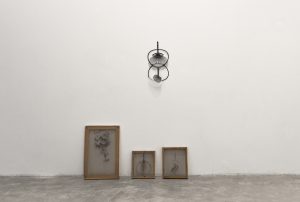 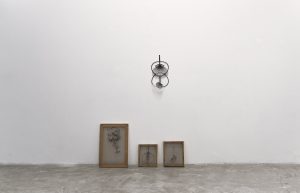 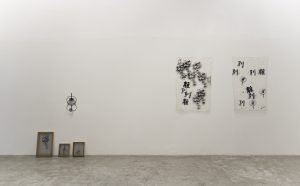 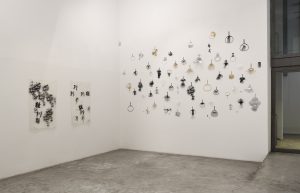 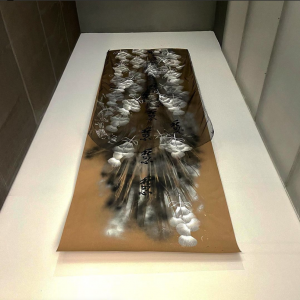 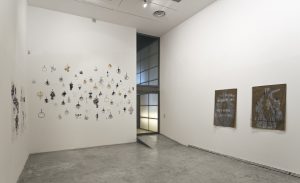 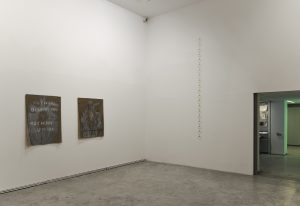 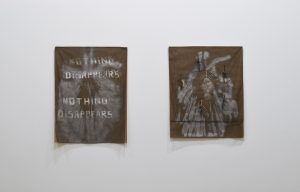 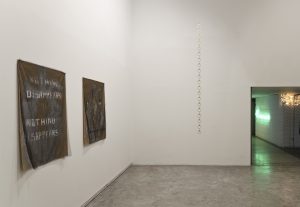 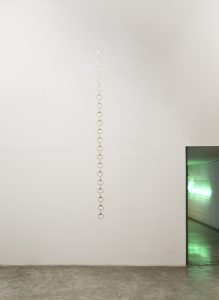 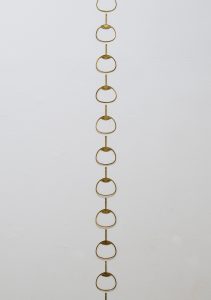